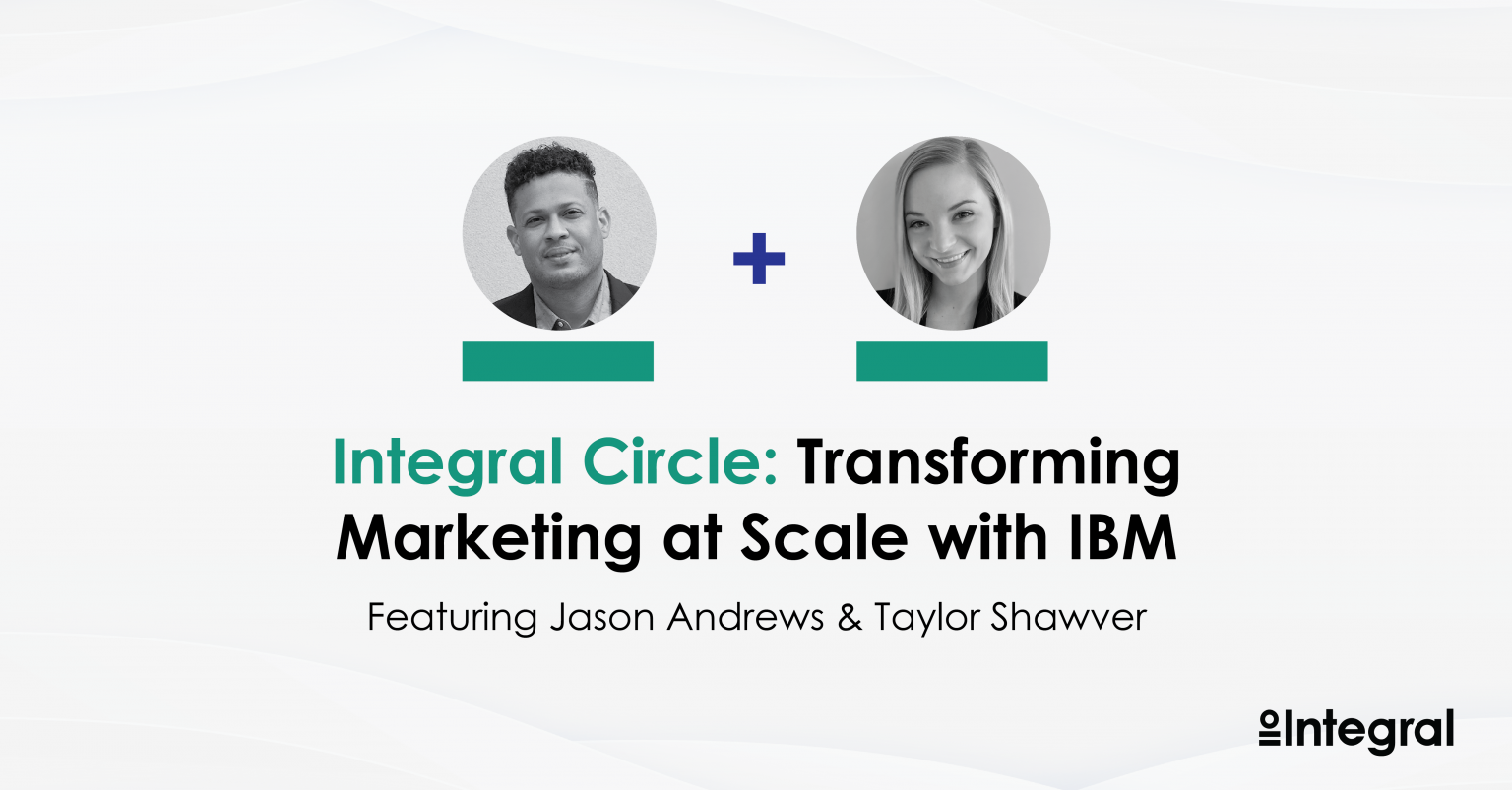 IBM Marketing is undergoing the biggest digital transformation the company has ever seen as it migrates its MarTech stack to the Adobe suite. With a team of over 200+ people, they are seeking to transform the way customers and prospects experience IBM and the way thousands of IBM Marketers work.

Taylor Shawver, Strategy Manager at Integral, sat down with Jason Andrews, VP of Digital Marketing at IBM, who oversees this colossal transformation. In their 45 minute conversation with rapid-fire Q&A from our wonderful attendees, Jason shared how he structured the transformation team, lessons and challenges he’s learned along the way, and his advice to other leaders embarking on a transformation.

While we can guarantee this discussion is worth your time, we’ve also summarized the key takeaways below for you to read. However, in order to learn Jason’s answers to the speed round (the same questions they answer in all of their internal podcast episodes), you’ll have to skip to the end of the recording.

Key takeaways from the session

The importance of keeping employees at the heart of decision-making:

Transformation mistakes to avoid (and how a structured comms plan mitigates them):

Dealing with negative feedback (from employees or customers):

Communicating what you know (and don’t know) without losing credibility:

Being aware of transformation fatigue and knowing these projects do have an expiration date is critical:

Don’t miss out on another Integral Circle! Subscribe to our newsletter to stay in-the-know on future webinars, case studies and thought leadership!