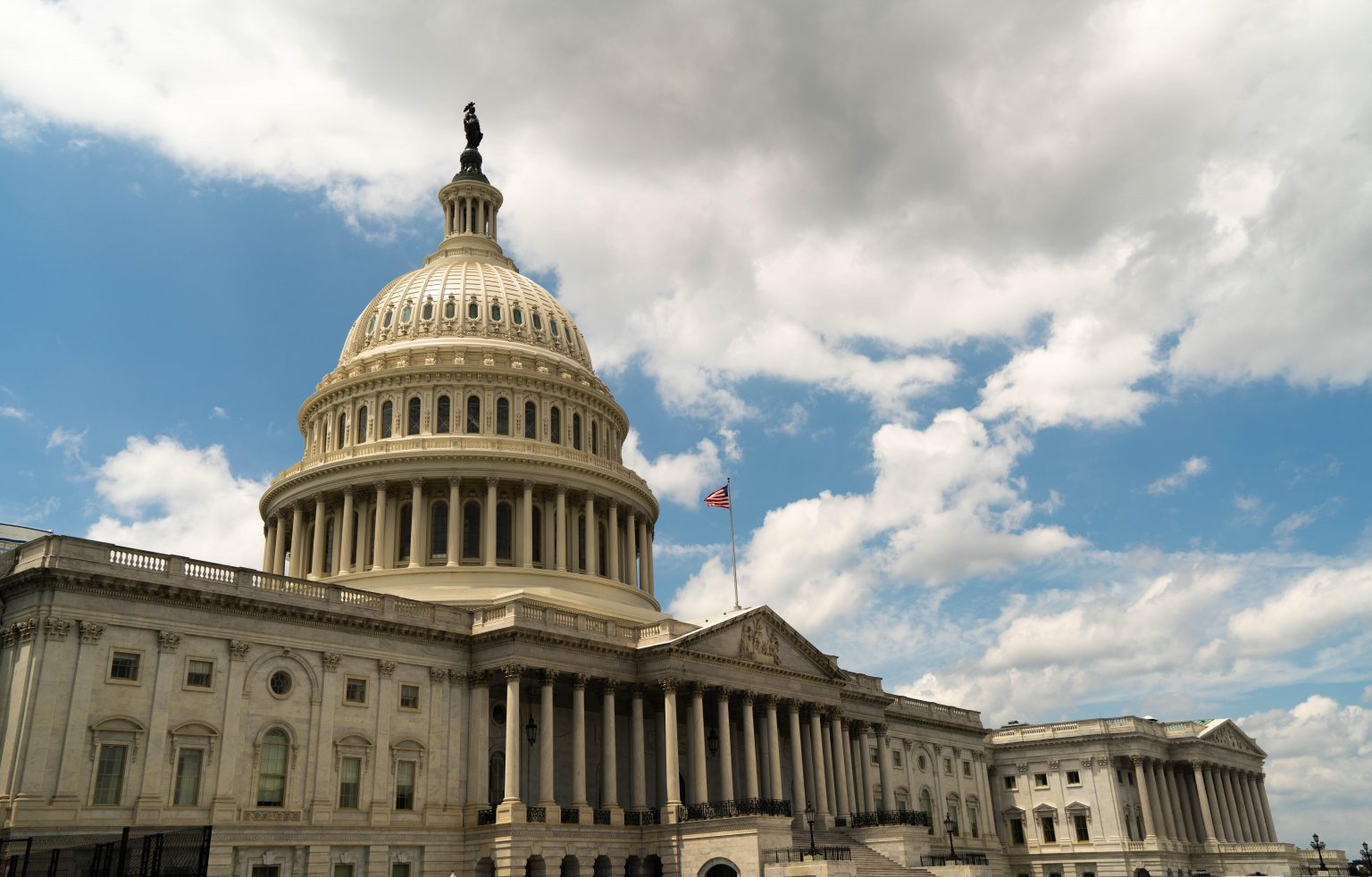 In this new series from Integral, we spotlight how the Capitol insurrection provided a way for the Gordon & Betty Moore Foundation to meet its employees where they were: distracted.

As news alerts about the insurrection flooded inboxes, newsfeeds, and headspaces, it became nearly impossible for employees to stay focused on their work. It was unreasonable to ask employees to shake off distractions and keep at it. As leaders and communicators, we need to react like humans and put employees’ well-being at the forefront of responses to current events.

For Holly Potter, the Chief Communications Officer of the Moore Foundation, this has become second nature.

In her role at the foundation, Holly is responsible for how the brand shows up in the world while ensuring employees have the information they need to bring the foundation’s mission to life. In today’s remote world, a lot of Holly’s role is about being proactive with the understanding of what might be distracting or burdening employees in their day-to-day.

When news of the insurrection hit, Holly paid attention to her feelings. She recognized she likely was not the only one feeling distracted and uneasy, so she decided to spring into action.

“I sent a message to Harvey [Fineberg, M.D., Ph.D., President of the Gordon & Betty Moore Foundation] and encouraged him to make a statement to employees either that evening or the next day,” she said. Holly, Harvey and Jennifer Ryan, Assistant to the President, turned around a statement to staff by 7:00 pm PST on Wednesday, January 6th, which included an invitation to an optional invitation for staff to join a one-hour Zoom conversation the next day.

The message is not your typical blanket corporate-speak statement because it stems from empathy. There is passion, anger, sadness, fear – vulnerability. Holly said the Foundation’s inspiration to take this approach stemmed from their core mission:

“In our office, we have employees who represent the entire political spectrum. The Foundation tries to be consciously apolitical. For example, the day after the 2016 election, Harvey sent a letter to the staff to say regardless of the outcome we will carry on. It was an important message for staff to hear. We grappled with what that election meant to us. Our environmental conservation program strategies were at risk from a political perspective, but we also had to work within the current landscape we were in. 2016 meant reevaluating strategies. We are in the same situation now. We see an expanded opportunity, more favorable to our circumstances, for the things we’re trying to advance – especially with our conservation and science programs. So, why wasn’t the insurrection statement apolitical? Because it was different. It wasn’t about partisanship. It wasn’t about democracy. It was about a push for autocracy, and that we do not stay silent for.”

Half of the foundation’s staff showed up to the Zoom session the following day. Harvey opened the virtual meeting acknowledging that if they were in the office, they would all be in the kitchen discussing what happened – the Zoom was merely a substitute for this missing in-person interaction.

The first half of the session included words from leadership and fellow staff who shared how they were feeling, what their fears were, and how they were experiencing the news. This was followed by 30-minute small group breakout sessions – staff could either stay on the line or drop off – to join peers for a smaller conversation with one of the comms team members serving as a facilitator/listener to ensure a safe space. Holly’s takeaway from these sessions? “Responses were a balance. Some people just wanted to be there in the community but not say anything, and others wanted to discuss. This format provided the option for both.”

This was not the first time the foundation gathered to hold hard conversations. They offered the same space for its community following the murder of George Floyd. These virtual conversations have become a part of the organization’s response to build community even though they cannot be together physically.

While the Moore team’s response to the insurrection provided a best-in-class example, the foundation recognizes there is an opportunity to do more in the long-term.

The week of the insurrection, they kicked off a Race, Equity, Diversity and Inclusion Dialogue Series. This program is designed to help staff feel comfortable talking about uncomfortable topics and participation is mandatory. Employees are broken into 10 groups and each group has a facilitator (who is also a foundation employee). The series includes multiple sessions that occur over time and are focused on specific topics, such as setting the group’s rules and boundaries to creating a safe space. Each session requires staff to complete a pre-read or pre-work in advance and to show up with an open mind and heart. Since this is the first time Moore is implementing a program on the topic, Holly is being mindful of how employees are feeling, “There are different levels of readiness as well as different levels of desire and willingness to have these conversations. Overall, I believe the staff recognizes the trust and commitment we are trying to build internally.”

What does all of this mean for companies and organizations? What responsibility do we have to acknowledge politics or turmoil with our employees?

Holly explains we have a responsibility to be empathetic leaders:

“Situations like political violence and racial turmoil can be very demoralizing for staff which, in turn, leads to disengagement. Our employees exist in that environment. It weighs on people, it impacts them and their experience. There’s a difference between acknowledging the political environment and the impact it has on your people than advocating for a particular political viewpoint. It’s an absolute must to do the former in order to create a safe, positive and productive working environment.”

We as communications leaders need to approach crisis head-on because there is no longer tolerance for quiet and neutral leadership when such crises impacts our employees’ well-being. The global geopolitical landscape, movements such as ESG (Environmental, Societal and Governance) and equity and inclusion, will require a more sensitive approach to problem-solving. Moore leaders, Holly and Harvey, are great examples of this new model of empathy in the workplace.

Holly Potter is chief communications officer at the Gordon and Betty Moore Foundation. She is an experienced communications strategist who has held a variety of leadership positions directing a broad range of promotional and advocacy campaigns. Throughout her career, she has led the development of award-winning programs that influence stakeholders, shift public opinion and change behavior.

We use cookies on our website to give you the most relevant experience by remembering your preferences and repeat visits. By clicking “Accept All”, you consent to the use of ALL the cookies. However, you may visit "Cookie Settings" to provide a controlled consent.
Cookie SettingsAccept All
Manage consent

This website uses cookies to improve your experience while you navigate through the website. Out of these, the cookies that are categorized as necessary are stored on your browser as they are essential for the working of basic functionalities of the website. We also use third-party cookies that help us analyze and understand how you use this website. These cookies will be stored in your browser only with your consent. You also have the option to opt-out of these cookies. But opting out of some of these cookies may affect your browsing experience.
Necessary Always Enabled
Necessary cookies are absolutely essential for the website to function properly. These cookies ensure basic functionalities and security features of the website, anonymously.
Functional
Functional cookies help to perform certain functionalities like sharing the content of the website on social media platforms, collect feedbacks, and other third-party features.
Performance
Performance cookies are used to understand and analyze the key performance indexes of the website which helps in delivering a better user experience for the visitors.
Analytics
Analytical cookies are used to understand how visitors interact with the website. These cookies help provide information on metrics the number of visitors, bounce rate, traffic source, etc.
Advertisement
Advertisement cookies are used to provide visitors with relevant ads and marketing campaigns. These cookies track visitors across websites and collect information to provide customized ads.
Others
Other uncategorized cookies are those that are being analyzed and have not been classified into a category as yet.
SAVE & ACCEPT